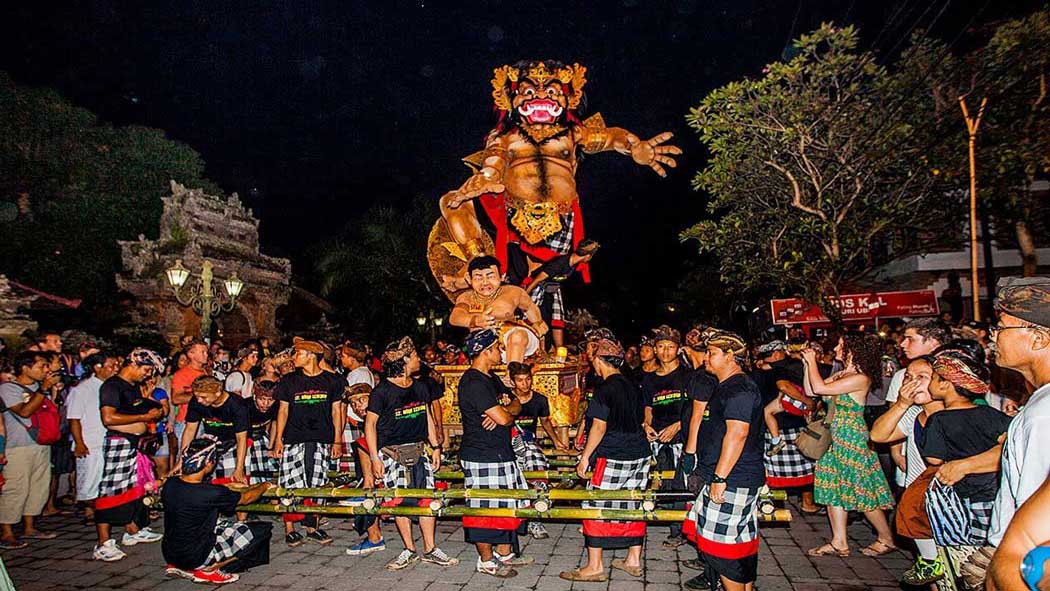 Bali has several unique traditions that are not carried out all the time. However, because it is colossal and involves all elements of society, this tradition can be witnessed by the public. For you traveler, who likes to document unique and rare traditions, here are 7 Balinese cultural traditions that you must witness.

This tradition is held in the Traditional Village of Kapal, Mengwi, Badung. As the name suggests, this tradition uses diamond tools. The goal is to express gratitude to God for the blessings that have been given.

Before the ritual is carried out, the villagers begin with joint prayer. Then, residents divided themselves into two groups. The Ketupat War was carried out in front of the Temple of Lan Puseh Village, precisely on the Jalan Raya Ship. The diamond used earlier was presented in a ceremony called ‘Ngusaba Jelih Lambih’.

The Ketupat War did not last long, which was around 15 minutes. The implementation is carried out once a year, precisely on the Full Moon Kapat Day, or around September to October. 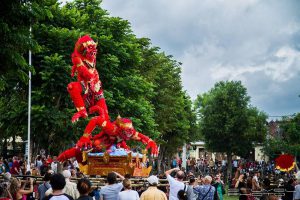 The parade, which is held the day after Nyepi, usually falls in March. After sunset, Ogoh-ogoh will be paraded around the village accompanied by a gamelan. In some places, parades were also held, which were the highlight of the event between the Banjar Ogoh-ogoh race. Especially for the Denpasar area, ceremonies are usually held around the Chess Face Statue. 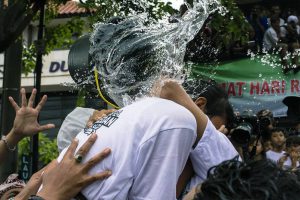 Omed-omedan is a Balinese cultural tradition that is specifically carried out in Sesetan Village, Denpasar. The implementation was on the Shoot Geni day, which is one day after Nyepi Day.

This tradition is unique because it involves young people who are not married and come from Banjar Kaja, Sesetan Village. They will be divided into groups that will later attract each other while doused with water. 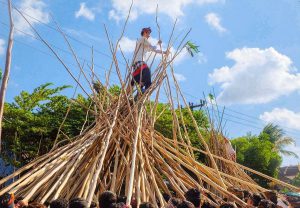 This one Balinese tradition is carried out in Munggu Village, Mengwi, and aims to refuse reinforcements. The traditional form is in the way of a group of villagers carrying wooden sticks and formed into a cone. Particular residents will go up to the top of the stick to give instructions. The collection of sticks will be pitted with other groups.

The Mekotek tradition is held every Kuningan Day, which usually falls once every 210 days. Determination of the Kuningan Day uses the Balinese calendar, so it cannot be converted to a certain Christian calendar.

This ritual is a special ceremony that aims to purify the pratimas or holy symbols of God that are usually in temples. In general, this ceremony is performed by all Hindus. The implementation itself is done once a year, namely several

the day before Nyepi, around March.

In this Melasti tradition, people will flock to the beach while carrying sacred symbols in the temple. The accompaniment was followed by the Balinese gong gamelan and also other facilities such as banners and buildings. One of the most photogenic locations for taking photos of this tradition is at Melasti Beach, Ungasan.

This unique tradition is carried out in the Traditional Village of Tenganan Pegringsingan, Karangasem. As the name suggests, the culture of the Pandanus War involved two men who fought using thorny pandanus leaves accompanied by a sacred gamelan typical of the local village called Selonding.

This celebration is held to honor Lord Indra, known as the god of war. The implementation itself is carried out every year, which is around June or July for two consecutive days. Not only local residents, but outsiders can also follow this tradition. 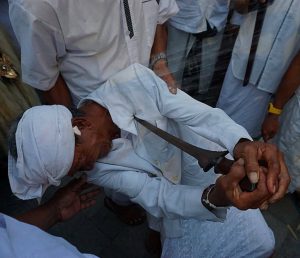 This ceremony is a sacred tradition and is loaded with magical elements that are carried out in Pengrebongan Temple, Kesiman Village, Denpasar. After a series of ceremonies, residents will make a kind of movement around the temple area.

At this time, mass trance usually happens. Residents who experience it will do various kinds of things such as dancing, screaming, crying, or more extreme, jabbing a dagger into the chest or commonly called Ngurek. Despite using sharp objects, the residents concerned were not injured.

If you want to witness this tradition, make sure you are present before 3:00 p.m. The implementation itself is once every 210 days, on Sunday Pon, Wuku Medangsia, precisely about two weeks after Kuningan Day.

Thus a brief review of 7 Balinese traditions that you should not miss—interested in watching it?

THE FAVOURITE AND CHEAPEST NIGHTSPOT IN BALI WITH JOKER388