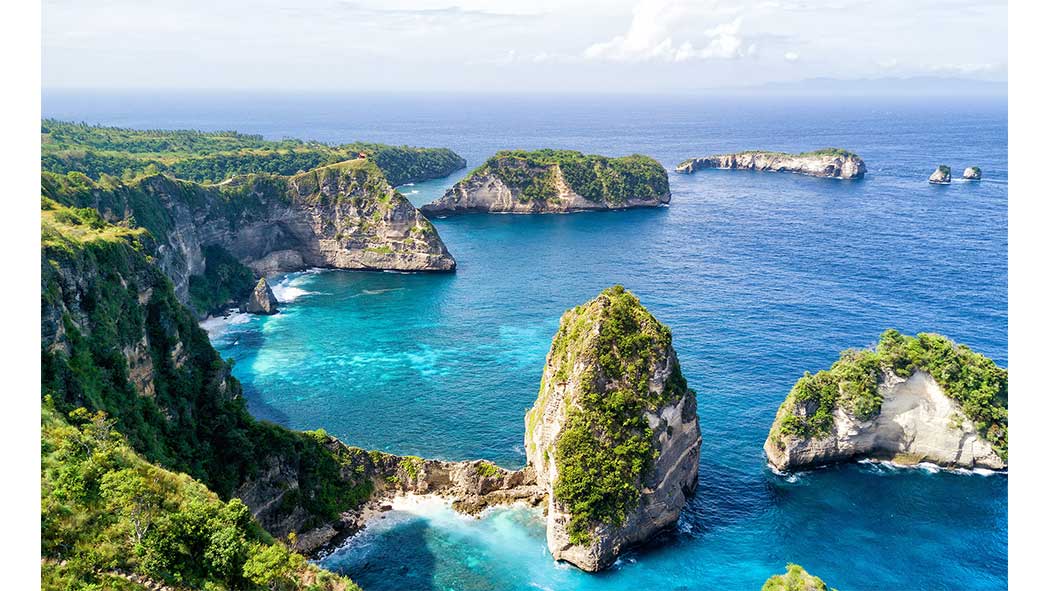 Nusa Penida is an island in Bali that is popular as a tourism destination. Located on the southeast side of Bali Island, Nusa Penida is separated by the Badung Strait. Its natural beauty is extraordinary, has a beautiful maritime panorama as a world-class diving area, including in Batu Meling, Malibu Point, Crystal Bay, Manta Point, and Batu Lumbung.

Before becoming the most popular tourist location in Bali, Nusa Penida had a dark and terrible history. From the inscription with the number 835 Saka (913 AD) in Blonjong Village, it is known that Nusa Penida is the territory of Sri Wira Kesari Warmadewa, which is used as the basis of Balinese trade. At that time, the island was inhabited by people from Lombok who had built their own government system.

The King of Bali, Sri Wira Kesari Warmadewa, made Nusa Penida a symbol of victory over Lombok, which was currently in conflict with Bali’s Kingdom. When he was defeated, Bali’s King placed his trusted people to occupy the Nusa Penida government. Bilateral relations with the Kingdom of Bali continued until the 11th century AD.

Nusa Penida As a Place of Exile

In European literacy, Nusa Penida and the two surrounding islands are also known as Pulau Bandit, Bandit island, or Bandieten Eiland. The kings of the Klungkung, Gianyar, and Bangli Kingdoms agreed to make the Nusa Penida area a place of exile for problematic people, aka convicts from Bali’s main island the royal court has sentenced with a life sentence.

The rulers chose Nusa Penida because it has a landscape that is considered to torment the convicted. At that time, the island was very dry with a long dry season, plus the presence of a sea fort around it, which was fast flowing and accompanied by big waves. The kings are sure that no one will survive here long.

In addition, in Balinese spiritual belief, Nusa Penida is considered to be the place of the unseen forces that attack Bali every year. The prisoners convicted in Nusa Penida are also sacrifices and offerings to the supernatural powers to soften. However, Nusa Penida has become a production field for a number of Bali’s export commodities.

Hundreds of years have passed, Nusa Penida is now not a place of exile or a Bandit Island. He was transformed into Bali’s most popular tourist destination. The tourism centers in Nusa Penida are in the west, such as Kelingking Beach and Broken Beach. Hills and limestone reefs are the dominant soil conditions on the island. The highest point is Mount Mundi, which is located in the Nusa Penida district.

If you have visited Broken Beach attractions, there’s nothing wrong with taking the time to visit Angel Billabong attractions. The location of Broken Beach is next to Angel Billabong. To get to your destination, you can walk for about 5 – 10 minutes. Angel Billabong is a tourist attraction that is always crowded with tourists. According to its name Angel Billabong, this object has its own characteristics, which means a place in the form of a dead-end river and empties before reaching the open sea. This river is very calm, and the water’s clarity makes it look so beautiful that it makes tourists feel at home in this place.

Not only is there a beautiful river, but Angel Billabong also has a very unique rock that you can make as a photo spot against the background of the high seas. The sound of the waves crashing against the rocks makes this place so amazing.

The beach has clean and clear water like crystal, calm waves, and white sand that makes this beach look beautiful and very attractive. The coral in the form of a small island hill in the middle of the sea is the main attraction for Crystal Bay photos. Some of the activities that you can do in this place are sunbathing, swimming, snorkeling and diving.

Apart from the beauty of the sea, you can also watch the sunset in Crystal Bay. If you are a sunset lover, it is highly recommended to visit this beach, because you can witness the beautiful sunset sky at sunset.

5 Recommendations for Trekking Tour in Ubud Bali, Time to Have a Visit!