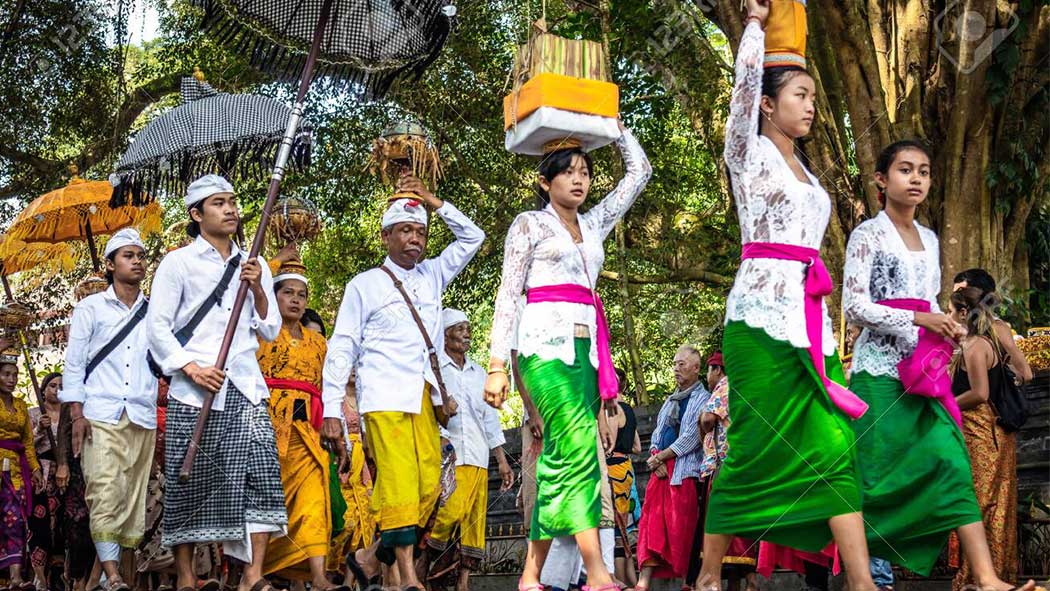 The island of Bali is very attached to women’s breasts. Not because in Bali many foreign tourists are sunbathing with minimal clothes or walking around in makeshift clothes, no. However, in the 1950s, traditional clothing for Balinese women did not recognize breastplates. In accordance with the traditional customs, all Balinese women appear topless.

In the past, the Balinese people’s traditional clothes were not the same as those seen today. The clothes used by the Balinese are only simple body covers. Both men and women wear kemben like a skirt. Balinese women do not cover the top of their chest, aka shirtless. Part of the hair is very smooth because it is smeared with coconut oil. Several flowers were pinned to the hair and ears.

Such a scene became commonplace at that time. The Balinese people started getting to know clothes after Bali became known to the world as a tourist destination. Miguel Cavarrubias, in an article entitled Bali Binasa: A Speculation, explains how Balinese people are getting to know clothes in their daily lives. The Dutch Colonialism Government in Buleleng issued a rule that every Balinese woman must wear clothes.

This regulation was issued in 1848 to protect the morale of Dutch soldiers serving in Bali. Since then, the wives of Balinese princes wore clothes that suddenly inspired a proper dress style. Three years after the regulation was issued, Balinese women no longer leave the house without wearing a top cloth.

The custom of Balinese women not wearing clothes ended in the 1990s. Now, Balinese women who do not cover the top of their chest are considered uncivilized mountain people. Without realizing it, this also influenced men’s habits in Bali, until finally the traditional Balinese clothes were created as they are nowadays.

History of Balinese Breast at the Blanco Museum

For those of you who are curious about Balinese women’s style of dress when they are still unfamiliar with the breastplate, it can be seen at the Blanco Museum located in Ubud, Bali. The museum, which was founded by a Spanish artist named Antonio Blanco, contains paintings of ancient Balinese women. Antonio was given a piece of land by the King of Bali at that time, which was used as a residence as well as a painting studio.

In the name of preserving Balinese culture, Antonio used to decide for his female employees not to wear a breastplate while working at the Blanco Museum. However, due to an incident, it was finally decided that a woman should wear a shirt when a guest visited. Now under Mario’s management, since 1999, all-female employees have been wearing Balinese kebaya.

6 BALI TRADITIONAL PERFORMANCES THAT YOU MUST WATCH

Best Cafe in Bali For Brunch and Play Online Gambling